Autograph Partnerships is a specialist social and affordable housing business, working with local authorities, housing associations and other registered providers to release or regenerate land for much-needed new housing. Together, we develop high quality homes for affordable rent, helping our partners create vibrant and sustainable communities.

We offer an unusually comprehensive, end-to-end service for registered providers with planned development programmes, including delivery solutions for S106 schemes. Through our extensive experience of land markets and construction expertise, we provide complete lifecycle management, from site finding, planning and technical design to build, with the assurance of an NHBC or Premier Guarantee warranty. We take a collaborative approach, working closely with our partners to engineer value and quality, with projects delivered to the required location, specification and timeframe.

Our size and flexibility makes us one of the few specialist providers in the South West capable of delivering small, highly-tailored residential schemes, typically from 10-100 units, which often prove impractical for larger national constructors.

At Midland Road, in the heart of the Old Market Quarter, we've partnered Bath-based housing association Curo, to deliver 32 affordable homes. The majority of the one, two and three-bedroom apartments at Midland Road will be let to people on Bristol City Council's housing list – 16 at social rent and nine at an affordable rent. Curo will sell another seven apartments through the affordable homeownership scheme, Shared Ownership.

A"This a fantastic site," says Richard Clarke, Land and Planning Manager for Autograph Homes. "Right at the heart of things, in one the city's liveliest districts where there's a real need for new, high quality, affordably-priced homes."

AThe development at Midland Road will be one of the first to connect to the Bristol Heat Network, providing residents with affordable, low-carbon heat and energy. Also known as district heating, the network connects local energy centres, including biomass heat pumps and gas Combined Heat and Power (CHP) plants, integrating the production of heat and electricity into a single process, resulting in more efficient use of fuel and lower emissions.

AFor residents, it will mean energy costs far lower than a conventional boiler system, as well as the reassurance of not being tied to fossil fuels as the city transitions to alternative energy sources.

A"For our residents, being part of the Bristol Heat Network will mean lower heating bills compared to a conventional boiler system." Says Victor da Cunha, Chief Executive of Curo "It's great to know that, as the city will increase its reliance on renewable energy over the coming years, these homes will be perfectly placed to take advantage of greener energy and contribute to achieving Bristol's carbon neutral commitment." 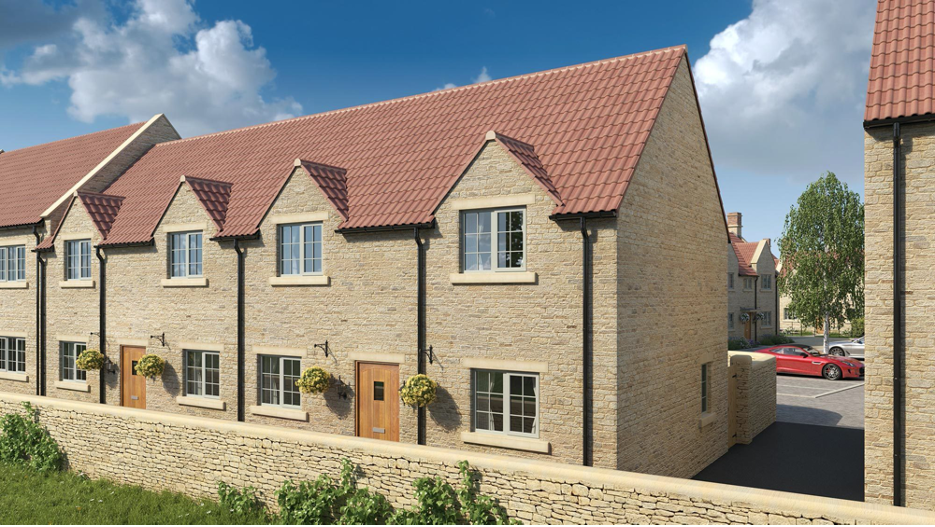 Church Farm is a new development of elegant 2, 3, 4 and 5-bedroom country homes in the beautiful village of Rode, North Somerset. Built in natural stone, with spacious, contemporary interiors it brings together the finest traditions of West Country craftsmanship with the highest standards of modern architectural design.

We've worked with Heylo Housing to offer a selection of spacious 2 and 3 bedroom affordable cottage homes at Church Farm. These properties go above and beyond the average specification for affordable housing with features such as bespoke individually designed kitchens, natural stone exteriors, timber-framed windows and doors and zoned underfloor heating. Heylo are offering these homes via Home Reach a part rent, part buy scheme that reduces the upfront barriers to homeownership, allowing residents to invest in their new home incrementally, whilst simultaneously offering greater security than the private rental market.

"Church Farm is a premium development of homes that offers contemporary living in a countryside setting," says Simon Taylor, Managing Director of Autograph Homes. "I'm pleased that by working with Heylo we're able to widen access to a development that offers exceptional build quality, modern energy standards and thoughtful design features in a sought after location." 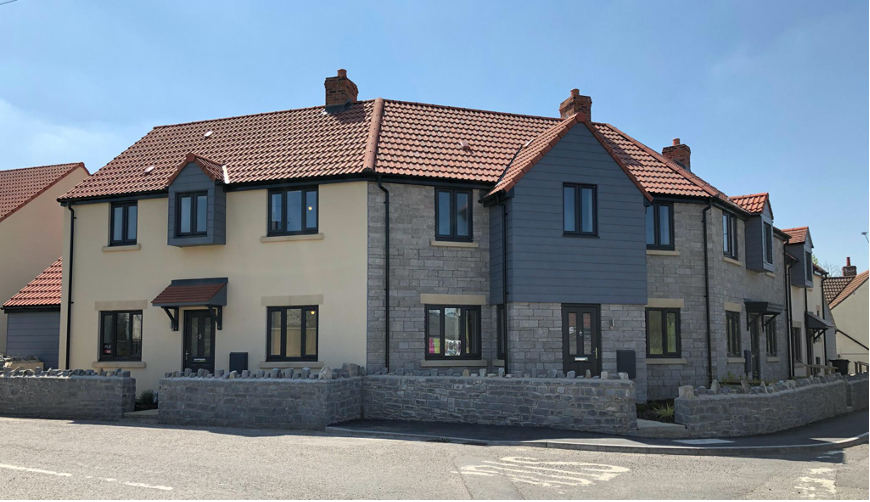 Farriers Close is a modern collection of individually-styled 2, 3 and 4-bedroom homes set in the heart of the stunning Somerset Levels in the idyllic village of Meare. We're delighted to have partnered the major regional housing association Live West who are now offering a selection of these sustainable, rural properties as affordable homes for part ownership and affordable rent:

At Farriers Close, high technical standards and an eye for detail set the homes apart from identikit new build developments. The internal layouts maximise living space and offer well-proportioned bedrooms, flexible open plan living and stylish bespoke kitchens. The technical specifications stand out too, we've taken advantage of energy-efficient technology, air-source heat pumps and underfloor heating as well as integrated Cat-5 data cabling and USB charging points that help to make these homes easy to live in and economical to own.

Simon Taylor, Managing Director, said: "Farriers Close showcases the unique experience and agility we have within our team to identify the potential of smaller rural sites like this to benefit local communities. I'm particularly pleased that we have been able to work closely with Live West to bring much sought after new rural affordable housing to the village of Meare."

The Autograph Partnerships team bring a wealth of specialist knowledge, built over many years’ direct experience of the social and affordable housing sectors. We understand the unique demands and challenges our partners face, as well as their particular funding and specification requirements; meaning we’re ideally placed to deliver efficient and sustainable solutions.

Our expertise in identifying sites with development or regeneration potential is combined with a deep knowledge of the South West land and construction markets, including established relationships within a proven local supply chain.

As with our private sector projects, the integration of sustainable materials and greener, renewable energy solutions is a hallmark of our approach. Many of our developments are constructed with the latest, eco-friendly technologies, like solar panels and air source heat pumps, achieving the highest possible efficiency ratings. We can provide more sustainable options, meaning our partners and their residents can reduce the cost of maintaining their homes.

To find out more or for enquiries relating to Autograph Partnerships please contact Richard Clarke, email Richard.Clarke@Autograph-Homes.co.uk or call 07970 433154.

All future developments are subject to necessary planning permission. Development and property plans may change prior to sale. Computer generated images are for general guidance only.